We have a big release today with HEALTH’s latest album, VOL. 4 :: SLAVES OF FEAR, for which Stint produced and co-wrote five tracks, including the title track. 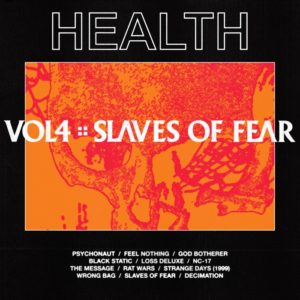 Co-written and produced by Stint