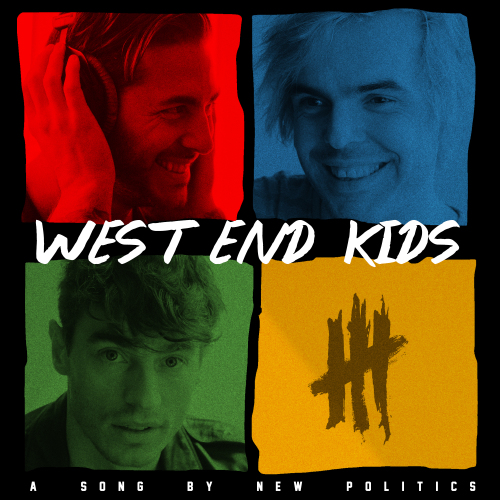 After a few weeks off here at THREEE, we are back with two new releases this Tuesday. New Politics shared their new single “West End Kids,” featuring writing by Dana Parish & Andrew Hollander. The track is the first taste of their upcoming album Vikings. Sam Bruno also released her debut single “Search Party,” produced and co-written by Al Shux. You can hear the song in the upcoming trailer and advertisements for the movie Paper Towns.