Big congratulations to Al Shux on his Grammy and Golden Globe nominations. Al co-wrote and produced Kendrick Lamar & SZA’s “All the Stars” for the Black Panther: The Album soundtrack, in which he is nominated for the following: 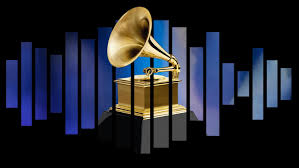 Record of the Year

Song of the Year

As well as his work on the following nominations:

Album of the Year – Black Panther: The Album

Best Rap/Sung Collaboration –  Kendrick Lamar & SZA for “All the Stars”

And, additional congratulations are in order for Johnny McDaid, for his work on the following Grammy nominations:

Best Pop Vocal Album – P!nk for Beautiful Trauma (for his work on “What About Us”)

Best American Roots Performance – Anderson East for “All On My Mind“