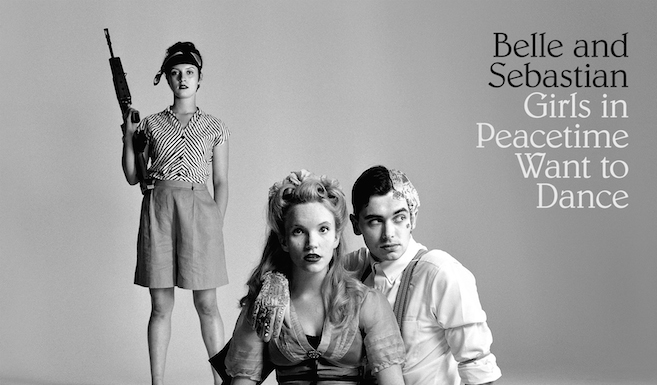 After announcing a new album a few weeks ago, the band Belle & Sebastian released the album artwork and tracklisting today from their upcoming album Girls In Peacetime Want to Dance, produced and mixed by Ben H. Allen.

The new album, due out on January 20th in the US (and January 19th in the UK and Europe), is now available for preorder on iTunes and via Matador.

Girls in Peacetime Want to Dance: